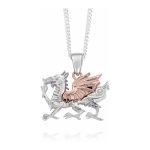 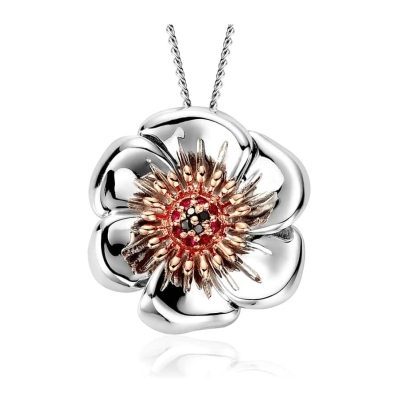 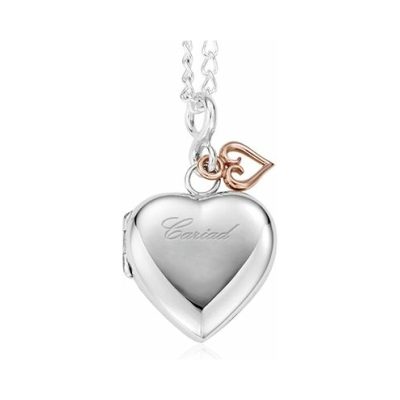 Inspired by the red dragon of Wales, the Clogau team have designed this stunning Welsh Dragon pendant just for you. Suspended from a chain measuring between 18”-22” in length, this proud dragon pendant is crafted in sterling silver and rare 9ct Welsh rose gold, making it a forever treasure. An ideal gift for someone who loves to celebrate their Welsh cultural heritage. Cymru am byth. Keep shining bright.

Only 1 left in stock

If your order is over £40 the delivery is FREE and TRACKED can take 1-3 working days.

All orders that total over £100 are automatically sent Special delivery FREE of charge.

Special delivery is guaranteed next day delivery before 4pm.

We aim to dispatch all orders placed before 3.00pm Monday - Friday the same day.

Orders placed after 3.00pm or at weekends will be dispatched the next working day.

All delivery terms above are specific to UK mainland delivery.

If you are ordering from elsewhere, please contact us before placing your order.

The Clogau team take their inspiration for this collection from a famous symbol of Wales, the Welsh Dragon.

The proud and ancient battle standard of the Welsh is The Red Dragon (Y Ddraig Goch) and consists of a red dragon, passant (standing with one foot raised), on a green and white background. The Welsh people carry the red dragon as a symbol of pride in their history and culture.

The Welsh dragon is also the national flag of Wales and officially came into being in 1959, although the red dragon as an emblem has been used in Wales since the reign of Cadwaladr (Cadwallader), King of Gwynedd from around 655AD. Y Ddraig Goch flies proudly over public and private buildings throughout Wales.

We always try to match prices if you’ve found the same product cheaper elsewhere. Please provide details below and we’ll do our best to provide the product at the same price!